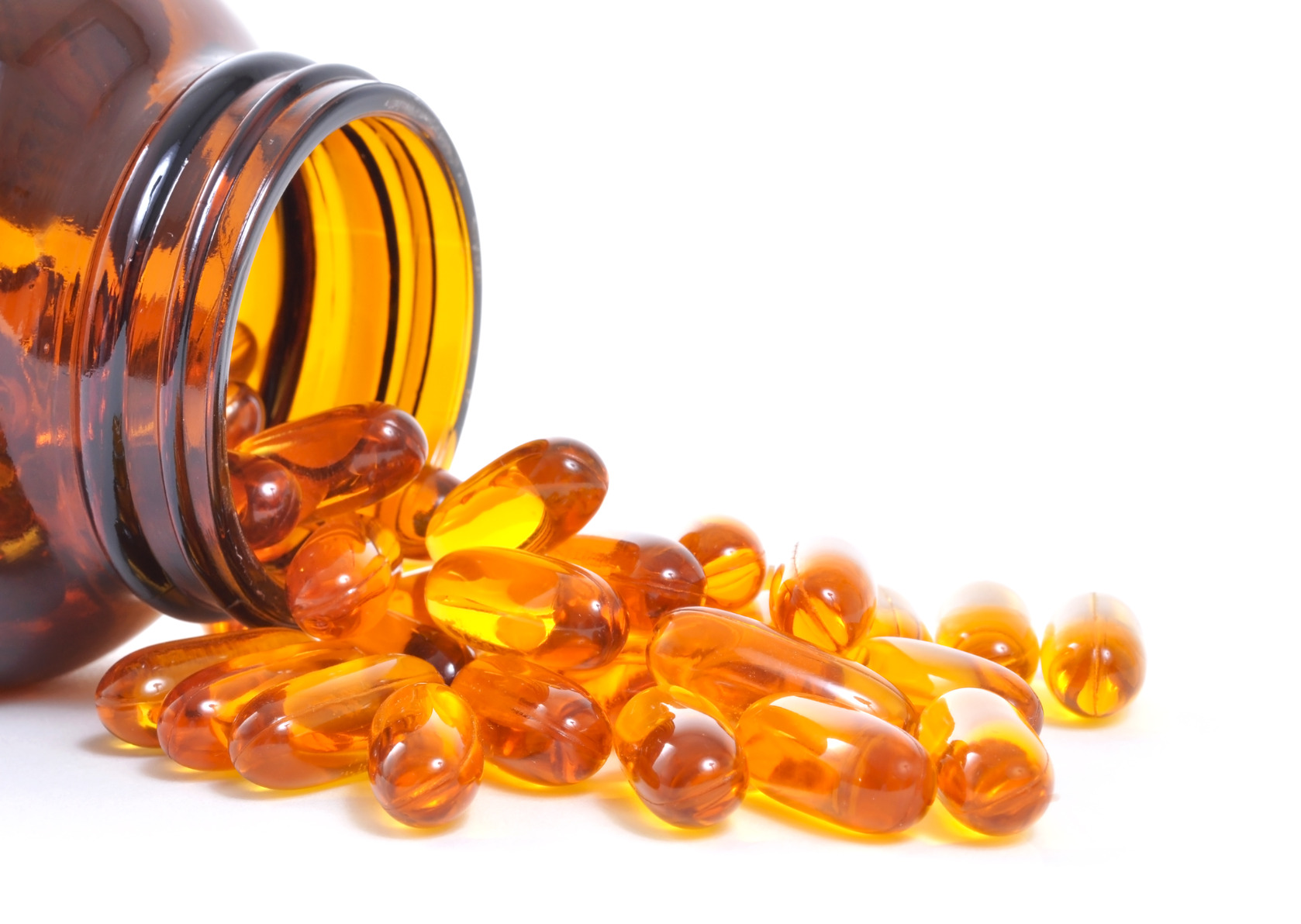 There has been a lot of buzz over the weekend about the true health and safety of the premier brand of Cod Liver Oil produced by Green Pasture and endorsed by the Weston A. Price Foundation. The Vice President of the Weston Price Foundation, Dr. Kaayla Daniel, has now openly gone rogue claiming that this particular brand is untrustworthy. Her opinion sharply contrasts with that of President Sally Fallon Morrell, who still maintains the safety and quality of this brand. Weston Price followers are scratching their heads today wondering who to believe.

The Weston Price website actually contains an article written by David Wetzel in 2006 that discusses Cod Liver Oil processing. It should be noted that David Wetzel is the owner of Green Pasture.

In the article, Wetzel discusses various aspects of processing and eventually leads the reader to the conclusion that the oil produced by Green Pasture is unparalleled in its quality and comparability to that used in traditional cultures. Kaayla Daniel, on the other hand, is claiming that the oil is rancid, low in Vitamin D3 and not even derived from Cod. Daniel bases her claims on the results produced by five different labs in three different countries which tested the oil. She recently went public detailing her findings in a report called "Hook Line and Stinker!"

I have to say that the opening line of Daniel's publication caught my attention right away. She writes, "It's brown. It stinks. It burns people's throats." In my Nutritional Therapy training class a couple years ago, there were a few of us who experienced the burn first hand. I tried taking Green Pasture FLCO several times, but always suffered what I thought was a sensitivity reaction (a burning throat). If Daniel is right, then that wasn't the case at all. My body was reacting to an oil that was rancid.

The danger of rancid oils

Oils that turn rancid are inflammatory to the body. They contain oxidized Fatty Acids which function as Free Radicals. Free Radicals are molecules that have lost electrons and have become unstable. One of the reasons why Weston Price recommends cooking with Saturated Fats is because they don't react easily to heat or light and go rancid. Polyunsaturated Fatty Acids, however, contain chemical bonds which are extremely reactive. When they are exposed to oxygen, heat and light, oxidation occurs and the molecule loses electrons. It becomes a Free Radical, meaning that it now contains unpaired electrons.

In order to stabilize itself, the molecule must regain what it has lost. It does so when it comes in contact with certain tissues or cells in the body and steals their electrons! When this happens within the circulatory system, it results in either oxidized cholesterol or damaged endothelial lining of blood vessels. A cascade reaction ensues in which the body repairs the damage with substances that form a plaque. Should this plaque come lose later on, it can block the vessel downstream and cause a heart attack or stroke.

Unoxidized Polyunsaturated Fatty Acids are used by the body in a number of ways. The body itself oxidizes them for energy production. When this reaction occurs within the body's cells, antioxidants serve to donate electrons to the unstable Free Radical byproducts. Antioxidants ensure that our tissues remain safe and retain their own electrons. This is why it's so important to make sure you're consuming enough antioxidants!

Antioxidants that accompany Cod Liver Oil in its natural state, namely Vitamins A and D, help to prevent oxidation of the fatty acids after they are processed from the livers of cod. If they are removed during processing, the oil can then become rancid. Additionally, if the oil sits unused for a long period of time, the antioxidants can be used up and allow the oil to turn rancid. This is why I personally store all of my Polyunsaturated Fatty Acid supplements (Cod Liver Oil, Evening Primrose Oil, Black Currant Seed Oil) in the refrigerator.

Lab tests indicate the Green Pasture Fermented Cod Liver Oil is rancid; putrid; low in the fat-soluble vitamins A, D and K; apparently diluted with a trans-fat containing vegetable oil — and not even from cod. We have reliable reports that the X-Factor Gold Butter Oil comes from Argentina, not the Great Plains, and it tests rancid as well. And contrary to Green Pasture's advertising, Dr. Weston A. Price's own words make it clear that these are not products he would ever have endorsed.

There's no mincing words here. Daniel's critique is both biting and clear. She is firmly convinced that the Green Pasture brand is a danger to health. She has taken the bold step of going public about her disagreements with other Weston A. Price board members.

Green Pasture issued a response the following day to Daniel's accusations. David Wetzel stated that he invited Kaayla Daniel to tour his facility (at his own expense) when she first expressed her concerns a year ago. According to David, she never responded.

Sarah Pope, author of the Healthy Home Economist blog, also came out supporting Wetzel and Green Pasture. She cited her own positive personal experiences with Wetzel's brand and even expressed a few concerns with Daniel's claims. For instance, in Daniel's report, she blocks out the names of the labs which tested the samples. This does raise questions about transparency and it would seem appropriate to expect that Dr. Daniel would disclose her sources.

Daniel has since replied publicly to both Pope and Wetzel and refuses to back down from the claims of her original report. Many others affiliated with the Weston Price Foundation or its philosophy are also weighing in and this blog article will soon become dated in this very back-and-forth debate.

What do you do now?

At the end of the day, this seems to be a matter of how much you believe Dr. Kaayla Daniel over the other board members of the Weston A. Price Foundation. She is highly regarded and even those who remain loyal to Green Pasture acknowledge her respectability. There doesn't seem to be any incentive for her to come out against Green Pasture without good cause, so it's going to be difficult to come to any definitive conclusions at the present time.

My recommendation at this point is to encourage you to try different brands of Cod Liver Oil and pay attention to how your body reacts. A few brands I would recommend are:

Personally, I did not do well with the Green Pasture brand. I currently take the Cod Liver Oil produced by Standard Process. I am still evaluating my long term options, but I have not experienced any negative reactions after taking SP's Cod Liver Oil for six months.

Also, remember that even the best supplements and diets will not optimally benefit you if you are not absorbing and assimilating them properly. If that is the case, consider seeing a Nutritional Therapy Practitioner for more targeted assistance. There are additional factors at play and even the best researchers are still learning the complex roles and interactions such supplements play in the human body.

If you exhibit any negative symptoms after consuming a particular brand of Cod Liver Oil, switch brands. If you still experience a negative reaction, try an oil from another fish. Again, a knowledgeable practitioner can best help you to make the right decision. Nutritional Therapy Practitioners can Lingual Neural Test (LNT) supplements to determine which one(s) the body finds most helpful.

Dr. Weston Price was clear in in his recommendations of Cod Liver Oil and High Vitamin Butter Oil for overall health and the reduction/prevention of cavities. I do hope there will be further independent testing of the Green Pasture brand to confirm or dispute Dr. Daniel's findings. It seems that the only way for this controversy to be settled is for the entire Weston A. Price Foundation board to oversee such measures and issue a final report to members and the general public.