The War on Fat is Over 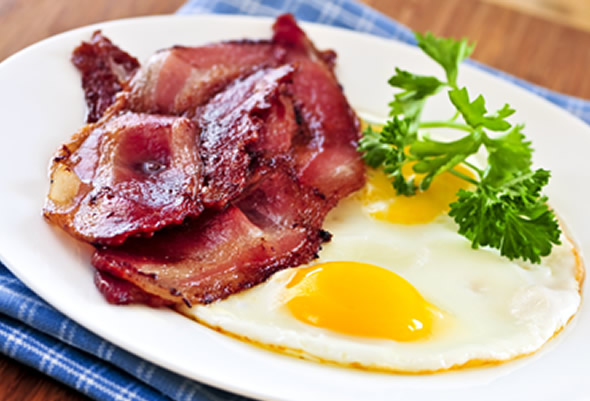 The War on Fat is Over or Haven't You Heard?

The War of 1812 officially lasted from June 18, 1812 to December 24, 1814. America achieved an impressive naval victory in September of 1814 that soon forced the British to the peace table. The Treaty of Ghent was signed in Belgium and the war came to an end.

British troops who had been preparing to attack the city of New Orleans never got word. On January 8, 1815, the British marched on New Orleans where they encountered an alerted Andrew Jackson and his forces. Fighting ensued and America was once again victorious-a full two weeks after the war had officially ended!

On June 15, 2014, Time magazine effectively signed the Treat of Ghent in the ongoing war on fat. According to the article, "A 2010 meta-analysis-basically a study of other studies-concluded that there was no significant evidence that saturated fat is associated with an increased risk of cardiovascular disease."

Alternative health care websites across the internet have posted contrasting images of recent and former covers of this well-known periodical. Remember the famous (now infamous) edition that featured an unsmiley face composed of two eggs for the eyes and bacon for the frown? Time has recanted. The cover of their recent June 23rd edition read, "Eat Butter: Scientists labeled fat the enemy…why they were wrong."

Since the 1950's, saturated fat has been the villain. The leading cause of death, heart disease, was attributed to the kind of fat found in butter, eggs, whole fat milk, lard and red meat. Over the course of the next 60 years, consumers were directed to eat more carbohydrates and proteins, avoid fat, cut out red meat and switch to margarine. We were told this was the way to save our hearts and arteries from the dangerous nemesis of cholesterol.

Apparently, all of this information was wrong. In fact, it was more than wrong – it was deadly. Diabetes, obesity and related complications have risen sharply. Heart Disease remains the leading cause of death in America (although surgery and treatment have extended life span). Editorialists are now warning that this is the first generation where parents may actually outlive their children.

Contrary to popular belief, saturated fats do not clog your arteries. Before the fat you consume even reaches your circulation, it first passes through a number of digestive organs that emulsify, break down and re-package the fat inside special lipo-proteins used for transporting fat in the bloodstream. Remember, your bloodstream is water soluble, not fat soluble. Fat couldn't flow through the bloodstream without first being encapsulated in a special protein bag that is water soluble. So please, perish the thought of all consumed fat going straight to your arteries. It just doesn't happen.

Longer chain saturated fats are emulsified by bile released from your gallbladder. They are also broken down by the pancreatic enzyme lipase. These Fatty Acids are ultimately absorbed into the lymphatic system where they make their way to the liver to be assimilated, converted, stored or used for energy.

Uses in the body

Saturated fat has a number of very important uses in the body including:

A diet low in saturated fat impairs all of these functions and can leave the body vulnerable to malnourishment, disease, chronic health conditions and even heart disease!

And…fat that is omitted by food manufacturers is replaced by something else, right? That something else is predominantly sugar. Who would want to eat all of those low fat foods that don't taste good? Sugar makes everything taste good.

Sugar consumption has risen sharply in recent decades –right along with obesity and diabetes. In reality, sugar creates an inflammatory effect within the body. It is absorbed into the bloodstream quickly and the result is an upsurge in insulin. Over time, high levels of insulin scour the inside of your arteries like an SOS pad!

In order to prevent your arteries from rupturing, the body deposits plaque at the site of inflammation. Over time, plaque deposits can increase. Now, it's not that plaque is all bad. It actually serves to prevent damaged blood vessels from rupturing, which occurs as a stroke. Think of plaque as the spackle that prevents extreme and catastrophic damage to the vasculature.

Additional inflammation caused by a poor diet, dehydration and other conditions can eventually lead to blockages. Sugar is really a major contributing factor to heart disease—as well as numerous other health care problems. It's not the only contributing factor, but it does play a major role.

A balance of Fatty Acids supports the heart and is one of five vital foundations that are critical to overall health. Saturated fat is needed along with mono and certain polyunsaturated fats to give the body what it needs to function properly. Removing fat from food actually increases the rate of sugar absorption, which leads to greater spikes in insulin and inflammation. Skim milk anyone? Just say no.

As far as sourcing goes, not all saturated fat is created equal. Fat is where the body can store toxins, so you ideally want to consume fat from an animal that ate an organic diet. Furthermore, the animal should have been raised on a pasture and not a feed lot. Animals raised on pasture eat grass or in the case of chickens, bugs. They're not raised on synthetically created feed full of manufactured nutrients. Lastly, look for milk that is low temperature pasteurized (brands such as Promised Land) or better yet, raw.

Pasteurization destroys beneficial probiotic bacteria and enzymes that aid with digestion. If you visit a local farm that offers raw milk, you will be surprised by how quickly they run out. Raw milk is still frowned upon by government sources and the conventional media, but these are the same institutions that spent decades telling us to avoid saturated fat and increase our intake of refined carbohydrates. Just take a look at the base of the older styled food pyramid. It was full of breads, cereals and rice.

Thankfully, the conventional institutions are now beginning to wake up. The war against saturated fat is over and even Time Magazine is on record. Let's get this critical nutrient of saturated fat back in our diets and restore our health. You can start reintroducing whole milk, eggs, butter, cream and red meat from grass fed animals into your diet now and leave the Battle of New Orleans to history.