Nutritional Therapy is based on the belief that health is built on certain physiological foundations. The five main foundations of the body are: digestion, blood sugar balance, fatty acid balance, mineral balance and hydration. All of these are dependent upon a nutrient dense diet of whole foods. A diet that is low in nutrients, high in sugars and the wrong kinds of fats will lead to deficiencies that degrade the body's foundations. Antibiotics, other medications and exposure to toxins can also lead to crises within the body. Nutritional Therapy seeks to undo damage done to the body through the modern diet and environment. Ultimately, our goal is to restore the body's foundations so that nutrients are assimilated, illness is prevented and energy is maintained.

As a Nutritional Therapy Practitioner, I gather information about your symptoms and lifestyle so that we can address the bigger picture of foundations—vital foundations. You develop chronic allergies for a reason; autoimmune conditions have a cause; digestive problems have a beginning. If we're going to rebuild the flooded village, we first have to repair the dam.

In order for your body to avoid inflammation, fight infection, assimilate nutrients and remain healthy, the body's foundations must be working properly. For example, if you're suffering from inflammation in the gut, malabsorption will follow. This can trigger a chain of events that impacts everything from immunity to mood stability to mineral imbalances. This is why addressing the foundations is so important when it comes to resisting illness and chronic disease.

Nutritional Therapy is comprehensive. It connects seemingly unrelated symptoms to illustrate how the body's foundations are out of balance. Restoring your body's foundations and transitioning your diet are vital to balancing body chemistry and achieving wellness.

Healthy digestion is the key to all the other foundations. When this system functions properly, we absorb and assimilate the nutrients in our food effectively. Proteins are broken down into amino acids, which build healthy tissues, enzymes and immune system components. Fats provide energy for the heart, building blocks for the cell wall and allow for certain vitamins to be assimilated. Carbohydrates provide fiber for intestinal health and help to regulate protein and fat metabolism.

Impaired digestion results in the following:

Proliferation of harmful organisms in the digestive tract

Healthy people have healthy digestion. Every other system in the body relies on the proper absorption of nutrients. The beginning of many diseases and illnesses can very likely be traced back to poor digestion. Nutritional Therapy seeks to restore digestive function so that the body's other system's will receive the nutrients they need to function optimally.

The National Institutes of Health (NIH) states that 23.5 million Americans suffer from an Autoimmune Disease. By comparison, cancer affects 9 million people and Heart Disease 22 million. Autoimmune Diseases are the result of the immune system viewing the body's own cells as other or foreign. The body attacks itself believing it is defending itself against an invader.

Conventional medicine seeks to treat Autoimmune Diseases either through steroids which reduce inflammation or through immunosuppressive drugs which downregulate the Immune system's response. While such approaches address symptoms, they offer no long term solution. What's more dangerous is that such treatments can leave the body susceptible to other pathogens and even cancer.

It is said that 70-80% of the immune system resides in the gut because the digestive tract is the portion of the body that comes into contact with the majority of pathogens. When the gut is functioning normally, pathogens are eliminated and nutrients are assimilated. The various secretions, hormones, barriers and flora function together to ensure optimal gut health.

Problems arise when an imbalance occurs. For example, a decline in HCL production by the stomach can lead to proteins being improperly broken down. Larger proteins can irritate the gut lining. Accompanying factors such as a diet high in sugar, alcohol and polyunsaturated fatty acids can create dysbiosis. The cumulative effect of such a cascade can lead to a condition known as leaky gut.

Leaky gut allows for undigested larger protein molecules to slip in between cells in the digestive wall and into the blood stream. Such proteins can produce an antigenic response by the immune system. If these specific protein sequences mirror similar sequences of body tissue, the body can soon begin to attack itself by mistake. This creates an autoimmune disease within the body that leads to further damage.

The Center for Disease Control (CDC) states that more than one-third of adult Americans are obese. Just a trip to the clothing section of the local department store can tell you that Americans are living large.

Additional weight places a burden on the body and people who carry a lot of weight are susceptible to additional risk factors for chronic illness and disease. Maintaining a healthy weight is not just a matter of appearance, but can very much be a matter of life and death.

The primary cause for obesity and weight gain is the consumption of refined carbohydrates which cause dramatic spikes in blood glucose levels. The body reacts by releasing large quantities of insulin, which ushers the glucose into cells. When there is an excess of glucose, the body stores it in the form of glycogen. When glycogen stores become full, the body converts excess glucose into triglycerides. Triglycerides are stored as adipose tissue or fat.

Losing weight is largely a matter of reducing refined carbohydrates—sugars, breads, pastas, and cereals. Despite popular conception, saturated fat does not contribute to weight gain. Unlike glucose, the consumption of fat does not lead to elevated blood glucose levels or increased insulin production. Saturated fat is converted by the body into energy.

A problem in the foundations can impair the body's ability to use fat and make it difficult to reduce/eliminate sugar. Nutritional Therapy supports the body's foundations and seeks to restore normal function so an individual can achieve their optimal weight.

Cancer is the result of cell mutation, oxidation and inflammation in the body. Cells that were once normal begin to grow uncontrollably resulting in what's commonly referred to as a tumor. Conventional medicine advocates the use of chemotherapy, radiation or surgery for treatment. While remission is sometimes achieved, cancer can also frequently resurface. In fact, some believe that surgical intervention can actually cause cancer to spread elsewhere in the body.

To confirm the existence and location of cancer, doctors frequently perform a PET or CT scan. The patient first receives an intravenous injection of radioactive glucose. Cancer cells metabolize glucose faster than the body's normal cells, so areas of high glucose concentration during the test are indicative of a problem.

It stands to reason that reducing sugar intake will deprive cancer cells of their fuel source. Nutritional Therapy supports both blood sugar balance and immunity to strengthen the body's foundations and defenses. A healthy body does not rely on sugar for energy and transitioning a person's metabolism from sugar to fat can be extremely helpful.

Cancer rates have been on the rise for some time. Conventional treatments are often extreme and should, at the very least, be supported by Nutritional Therapy. Nutritional Therapy can improve overall function and support the body's own fight against this deadly disease. 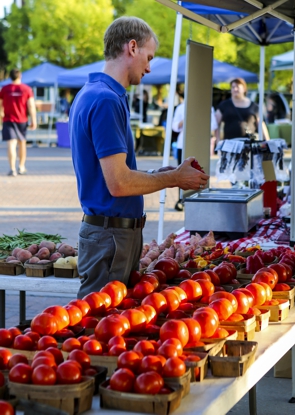 Nutritional Therapy can be helpful for the following conditions: